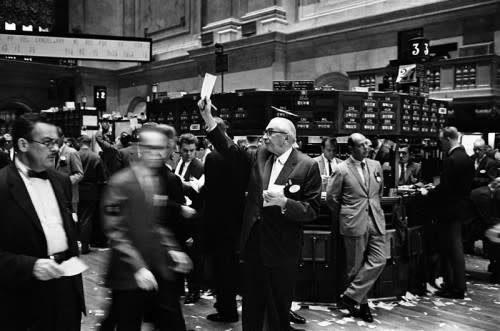 Choosing the right stocks to add to an investment portfolio can be a daunting and time-consuming endeavor, a statement that applies to even the most veteran investors involved in the market. Most beginner investors either have little knowledge and insight with regards to stock investing or are spurred by bad advice, causing them to end up with a series of losses to their account.

This becomes more evident based on the increasing number of participants within the stock market this year alone, with people looking to either safeguard their futures, or searching for opportunities for passive income. Major economic disruption throughout the world has caused a rise in inflation beyond what was predicted, exacerbated by not only the recurrent, but also the newer strains of the Covid-19 virus. According to The Guardian, the UK experienced a 2.1% rise in the consumer price index (CPI) this May, a sharp jump from just 1.5% earlier in March, 1.8% higher than what analysts were expecting. In this environment, aspiring investors, prone to stumbling in their investment journeys, should practice extreme caution, as well as carry out intensive research on the stock market.

Some of the most profitable stocks with market reliability include Amazon.com, Inc. (NASDAQ:AMZN), Facebook, Inc. (NYSE:FB), Visa, Inc. (NYSE:V), Microsoft Corporation (NASDAQ:MSFT) and Apple, Inc. (NASDAQ:AAPL), among other discussed in more detail below.

Let us now analyze our list of the 10 safest stocks to buy now. The list will consist of mostly blue-chip stocks that are resilient against market volatility, have long-term growth potential, famous among elite and veteran investors, and have positive analyst ratings.

Why should we pay attention to hedge fund sentiment while choosing stocks?

Insider Monkey’s research was able to identify in advance a select group of hedge fund holdings that outperformed the S&P 500 ETFs by more than 86 percentage points since March 2017. Between March 2017 and July 2021, our monthly newsletter’s stock picks returned 186.1%, vs. 100.1% for the S&P 500 ETF (SPY). Our stock picks outperformed the market by more than 86 percentage points (see the details here). That’s why we believe hedge fund sentiment is an extremely useful indicator that investors should pay attention to. You can subscribe to our free newsletter on our homepage to receive our stories in your inbox.

Salesforce.com, Inc. (NYSE:CRM) is a cloud-based software company headquartered in San Francisco, California, that provides a diverse set of services and products, including customer service, application development and analytics. The company has a market capitalization of $268.81 billion and ranks tenth on our list of the 10 safest stocks to buy now.

On September 24, RBC Capital analyst Rishi Jaluria raised his price target on Salesforce.com, Inc. (NYSE:CRM) to $325 from $310, and kept an Outperform rating on the shares of the company.

In its Q2 2021 investor letter RV Capital Management explains why it began its investment in Salesforce.com, Inc. (NYSE:CRM). Here is what the fund said:

“Part 5: A New Investment in Salesforce.com

The assertion that mega caps can also be mispriced is a good segue to our second new investment in Salesforce.com. Salesforce is one of the largest software companies in the world with a market value of around US$ 250 bn. It is best known for its customer relationship management or “CRM” solution, known as its Sales Cloud. It has three additional clouds (“Service,” “Marketing” and “Commerce”) as well as a thriving platform business with both owned and 3rd party software solutions.

I first came across Salesforce in 2013. I was invested in Bechtle, a German company that provides companies with their in-house IT. I kept hearing about a strange new concept called “the Cloud” and wanted to get up to speed on the topic in case it was a risk to Bechtle. As a result, I picked up a copy of “Behind the Cloud”. It documents how Salesforce.com pioneered cloud-based software and revolutionised the software industry.

Since then, I have followed Salesforce from a distance and visited it several times in San Francisco. I did not consider it seriously as an investment though as for much of the period, I had not yet overcome my aversion to loss-making companies.

This changed in December last year when Salesforce announced the acquisition of Slack (a former investment of the Business Owner Fund, described in my 2020 half-year letter) for US$ 27 bn. On the date of announcement, Salesforce’s market value fell by around US$ 20 bn. Effectively, the market was saying that Slack was almost worthless, which, as an enthusiastic owner of Slack, I disagreed with. Initially, I decided to keep our Slack stock and roll it into Salesforce (as part of the consideration was in Salesforce’s own stock). As Salesforce’s price fell further in the subsequent months, I bought its stock directly to make it a full-size position post the closing of the Slack acquisition…” (Click here to see the full text)

The Walt Disney Company (NYSE:DIS), more commonly known as Disney, is a multinational mass media and entertainment conglomerate. The company has a diversified interest in entertainment, operating multiple international theme parks, as well as a number of film holdings. The California-based mass media company ranks ninth on our list of the 10 safest stocks to buy now.

On September 22, Bank of America analyst Jessica Reif Ehrlich reiterated a Buy rating alongside a $223 price target on the shares of The Walt Disney Company (NYSE:DIS), noting that the headwinds faced by the company’s Disney+ will be short-lived.

In its Q2 2021 investor letter, RiverPark Funds notes that The Walt Disney Company (NYSE:DIS) has a very strong balance sheet alongside a growing pool of cash flow. Here is what the fund said:

“DIS shares declined for the quarter, taking a pause after a big fourth quarter and first quarter stock price advance, as Disney+ subscriber numbers were disappointing to investors. Disney+, the company’s DTC streaming business, had blown past previous subscriber projections, having gone from zero to 104 million in 17 months, but investors were now expecting 109 million subscribers. Management still expects significant continued growth to 230-260 million subscribers in 2024.

DIS is blessed with a deep library of unique content that includes both live sports (providing large, non-time shifted audiences) and incomparable brands including Disney, Marvel, Pixar, and Lucasfilm, as well as the ABC network. The company also has a wealth of upcoming new content, expecting over 100 original titles per year, including two new Star Wars spin-off series, 10 Star Wars films, 10 Marvel films, 15 Disney and Pixar films, and 15 Disney and Pixar series.

Now that the disruption in its theme park, cruise, and theatrical businesses appears to be coming to an end, we believe that Disney is among the best-positioned media companies in the new landscape to combine multi-channel and DTC distribution. We also note that DIS has an extremely strong balance sheet and a growing pool of free cash flow to be used both to return to shareholders and to invest in future opportunities.”

Netflix, Inc. (NYSE:NFLX) is media service and production company based in California. Ranked eighth on the list of the 10 safest stocks to buy now, the company provides entertainment services through its streaming platform. In the first week of October, the firm rose more than 4.3% due to the news that it bought Night School Studio.

On October 1, Guggenheim analyst Michael Morris raised his price target on Netflix, Inc. (NYSE:NFLX) to $685 from $600, and kept a Buy rating on the company shares.

Polen Capital, an investment management firm, mentioned Netflix, Inc. (NASDAQ: NFLX) in its Q2 investor letter and discussed its stance on the firm. Here’s what they said:

“For Netflix, we believe the underlying businesses for the company remain strong. With Netflix, we anticipate content spending to moderate as subscriber growth continues, which we believe should result in attractive double-digit earnings and cashflow growth over the next five years and beyond.”

Apple Inc. (NASDAQ: AAPL) is a multinational technology company that is involved in the development, manufacturing, and sales of electronics and accessories. Founded in 1976, the California-based tech giant has a market capitalization of $2.38 trillion, and is ranked seventh on our list of the 10 safest stocks to buy now.

By the end of the second quarter of 2021, 138 hedge funds out of the 873 tracked by Insider Monkey held stakes in Apple Inc. (NASDAQ:AAPL), worth roughly $145.5 billion, up from 127 hedge funds in the preceding quarter, with stakes worth approximately $131 billion.

For the fiscal third quarter of 2021, Apple Inc. (NASDAQ:AAPL) reported earnings per share of $1.30, crossing estimates by $0.29. The company also reported revenues amounting to $81.43 billion, an increase of 36.44% on a year-over-year basis, surpassing market predictions by $8.09 billion.

Out of the hedge funds being tracked by Insider Monkey, Warren Buffett’s Berkshire Hathaway is a leading shareholder in Apple Inc. (NASDAQ:AAPL) with over 887 million shares worth $121.5 billion.

“As we actively manage holdings and position sizes, we look to regularly recycle capital into more compelling opportunities. Maintaining our valuation discipline, we sharply reduced our position in Apple, whose shares more than doubled following our initial purchase in mid-2019 with an earnings multiple rising from the low-to-mid teens to nearly 30x.”

As of the end of the June quarter, 155 hedge funds out of the 873 tracked by Insider Monkey held stakes in Alphabet Inc. (NASDAQ:GOOG).

On September 17, Jefferies analyst Brent Thill raised his price target on Alphabet Inc. (NASDAQ:GOOG) to $3,325 from $3,150, and kept a Buy rating on the shares of the company.

In its Q2 2021 investor letter, Mawer Investment Management named Alphabet Inc. (NASDAQ:GOOG) among the companies that reported strong results. Here is what the fund said:

Disclosure. None. 10 Safest Stocks To Buy Now is originally published on Insider Monkey.