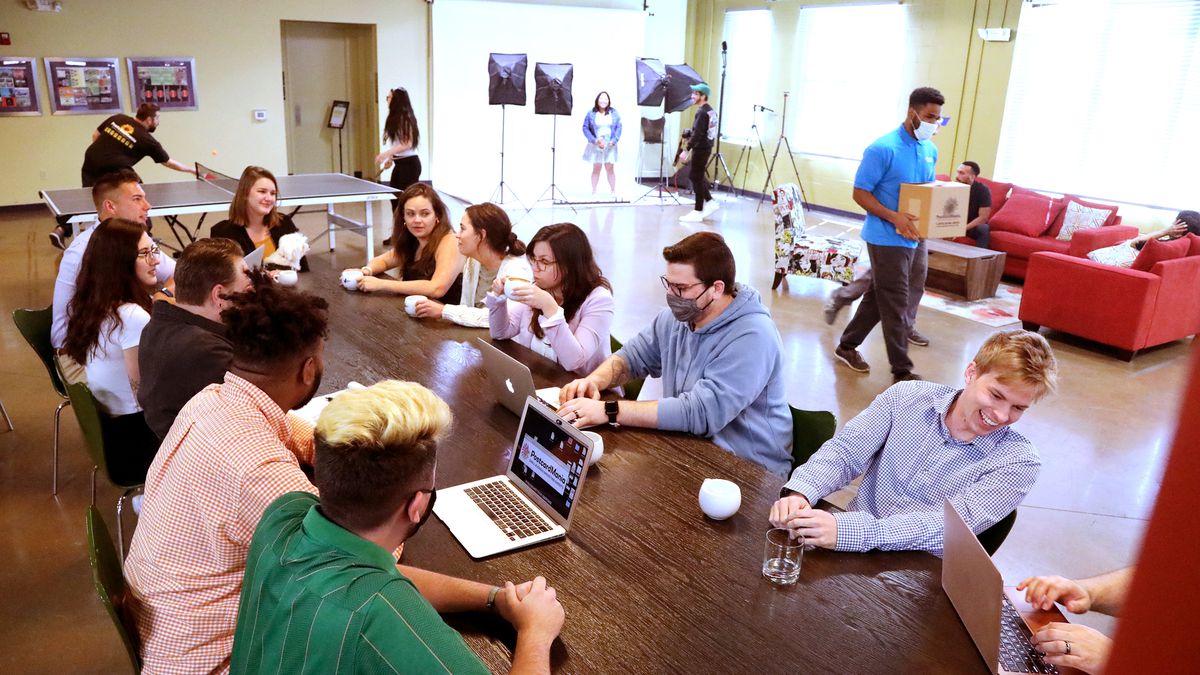 Days before a dangerous Category 4 storm barreled toward Florida’s Gulf Coast, the chief executive of a Clearwater-based marketing agency sent texts downplaying the storm’s impact and encouraging staff to bring their pets and kids in the office so they wouldn’t miss work.

Only after outrage spread on social media on Tuesday did Joy Gendusa, the head of PostcardMania, announce it would close its headquarters for Wednesday and Thursday to turn it into a hurricane shelter for employees instead. The company is known for using a business management system tied to the Church of Scientology, also based in Clearwater.

Gendusa sent a staff memo Wednesday apologizing to employees who “felt that it came across as insensitive,” according to the email provided by Jessica Lalau, PostcardMania director of marketing and communications.

At the time Gendusa sent the texts on Monday requiring staff to work, Hurricane Ian was originally projected to hit Tampa Bay directly and bring 10 feet in storm surge. Officials in Pinellas County mandated residents in zones A, B and C to evacuate from their homes.

“I’ve lived here for over 30 years. There is always more hype in the media than any storm that has ever hit here. PostcardMania is the best place to be,” Gendusa said text messages obtained by the Tampa Bay Times.

Workers were expected to come to the office at 2145 Sunnydale Blvd., which is in a non-evacuation zone and built to withstand Category 5 winds, “to continue to service our national clients.” Employees were told they could bring their pets and kids, and there would be “movies and fun” for the children to enjoy.

“It’s super strong — bring your pets if you feel the need. I doubt in the end you will really need to,” texts from Gendusa said. “We are not closing. We are working.”

Gendusa’s directive went viral on social media after first being reported on Twitter by labor rights writer Jonah Furman. Lalau said employees have since been granted two paid days off for Wednesday and Thursday.

The company that Gendusa founded in 1998 has grown to make about $50 million each year and employ 300 people in the Tampa Bay area. PostcardMania has about 73,000 customers in 350 industries and it was ranked 12th among the top midsized companies to work at in Tampa Bay for 2022′s Tampa Bay Times Top Workplaces.

PostcardMania’s focus on productivity and statistics, even in the face of a natural disaster, is reflective of its use of a business management system tied to Scientology, where Gendusa is a longtime member. While the company discloses its use of the system to employees upfront, describing it as a secular tool or “technology” created by Scientology founder L. Ron Hubbard, the implications are not always clear to staff until they are inside.

Subscribe to our free Business by the Bay newsletter

We’ll break down the latest business and consumer news and insights you need to know every Wednesday.

You’re all signed up!

Want more of our free, weekly newsletters in your inbox? Let’s get started.

Explore all your options

“The business tech says even if there are things outside of your control, you’re responsible for your work, so you have to do something to fix it,” said Amanda Boisen, a former employee who is not a member of Scientology. “You can never explain things as being outside your control.”

As part of the L. Ron Hubbard management system, PostcardMania employees are required to report statistics related to their productivity each week. A similar system is used by Scientology’s full-time workforce, the Sea Org.

Employees are also required to take Scientology courses that the company describes as requirements of the job, according to Jessica Miller, a former employee who is not a parishioner.

Like Sea Org members, employees are labeled as “up-stat” or “down-stat” depending their weekly productivity, Miller and Boisen said.

The culture encouraged by the system does not allow for any interruption in workflow, no matter if there is a hurricane, pandemic or any other outside distraction, said Chris Shelton, a former Sea Org member who now educates about coercive control groups.

Related: Section of Sanibel Causeway wiped out by Hurricane Ian

Even though Hurricane Ian’s track shifted south, making landfall near Captiva and Sanibel Island on Thursday almost as a Category 5 storm, Tampa Bay was still seriously threatened by four to six feet of storm surge and 110 mph winds.

Gendusa said in the email that the company’s messaging about Hurricane Ian did not properly convey their storm preparations and she did not mean to make people feel like going to work when they needed to take personal safety measures.

“As we’ve grown to over 350 staff, we’re now to the size where I don’t know every one of you personally. The text message that was sent Monday morning treated you all as my friends rather than those looking for leadership during a stressful time, and I understand now that that casualness may have come across to those that don’t know me personally as insensitive to your safety — which was never my intention,” the email said.

ROAD CLOSURES: What to know about bridges, roads as Hurricane Ian approaches.

HOW TO TALK TO KIDS ABOUT THE HURRICANE: A school mental health expert says to let them know what’s happening, keep a routine and stay calm.

WHAT TO EXPECT IN A SHELTER: What to bring — and not bring — plus information on pets, keeping it civil and more.

WHAT TO DO IF HURRICANE DAMAGES YOUR HOME: Stay calm, then call your insurance company.

SAFEGUARD YOUR HOME: Storms and property damage go hand in hand. Here’s how to prepare.

IT’S STORM SEASON: Get ready and stay informed at tampabay.com/hurricane.

RISING THREAT: Tampa Bay will flood. Here’s how to get ready.

DOUBLE-CHECK: Checklists for building all kinds of hurricane kits

PHONE IT IN: Use your smartphone to protect your data, documents and photos.

SELF-CARE: Protect your mental health during a hurricane.

PART 1: The Tampa Bay Times partnered with the National Hurricane Center for a revealing look at future storms.

PART 3: Tampa Bay has huge flood risk. What should we do about it?