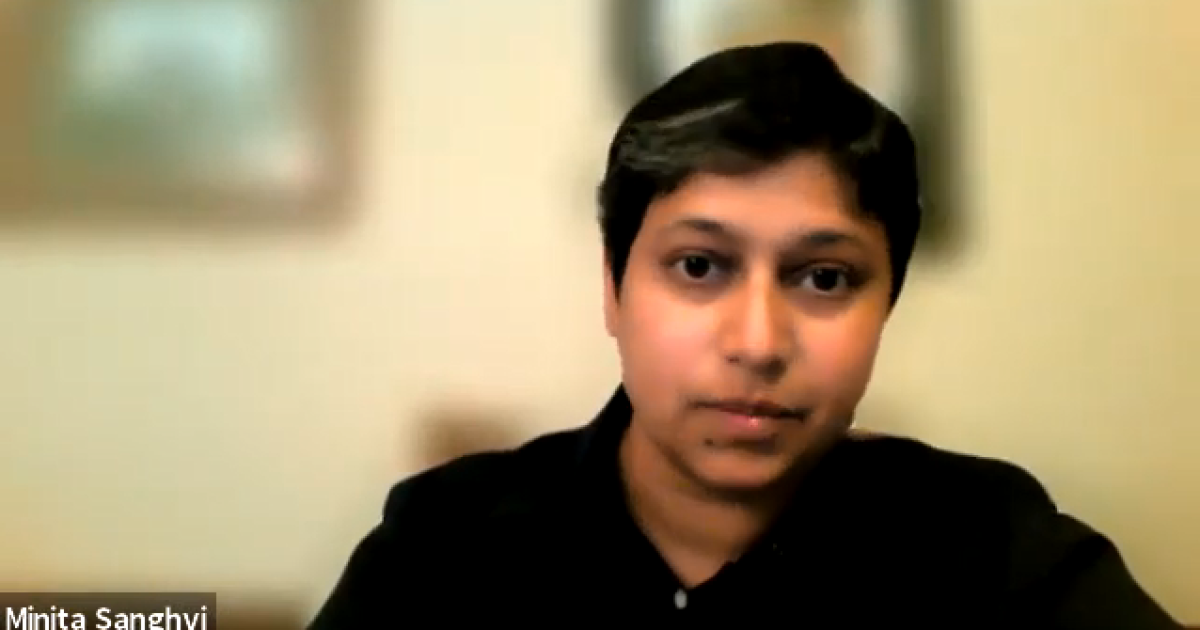 After 10 years in City Hall, Saratoga Springs Finance Commissioner Michele Madigan is not seeking re-election to the city council.

Three of the four candidates on the ballot to replace her participated in a virtual forum hosted by the League of Women Voters of Saratoga County.

Republican candidate JoAnne Kiernan is a CPA with 26 years’ experience, and also a former member of the city school board. Kiernan, who will also appear on the Conservative line, said she would always put the city’s best interest above politics.

“When I first became a CPA, my managing partner told me to never jeopardize your ethics, and that has stuck with me my entire career. When elected, I will be engaged, serve with integrity, and work to keep the city strong, healthy, successful, and safe. I have real world financial experience, qualifications, and the competency needed to continue to build on our city’s successs,” said Kiernan.

Democrat Minita Sanghvi is a professor of business at Skidmore College. Also appearing on the Resilient Saratoga line with other progressive candidates, Sanghvi also serves as finance officer on the city’s library board. She touted herself as the candidate to bring Saratogians together.

“I pledge to get the third EMS station done, rebuild our finances by boosting our tourism going beyond the track to historic tourism, green tourism, sports tourism, and most importantly building bridges between our community and City Hall,” said Sanghvi.

Adam Israel, who will appear on the independent Saratoga Stronger Together ballot line, said he would use his 20 years’ experience in the hospitality industry to bolster tourism, and his business knowledge as an entrepeneur to attract state and federal dollars to the city. He asserted his political independence.

“I will be able to work with whoever joins me on the council, regardless of their political affiliation because I have none. I am truly independent. If I am elected, my only job will be Commissioner of Finance,” said Israel.

In Saratoga Springs, the Finance Commissioner is responsible for proposing annual city budgets and also oversees the city’s IT department. The candidates were asked how they would maintain funding and staff a third fire/EMS station on the city’s east side, a project currently in development.

Sanghvi said she would look for new revenue streams locally, as well as through the state, federal and county governments.

“I think that we can look at taking all ambulance calls as a city. I really believe this is one few area that drives revenue back into the city. The city makes money off ambulance calls. The fact that we’ve contacted with a private company to do it for us needs to be revisited,” said Israel.

Kiernan, who with Sanghvi put a focus on long-term planning, also agreed with her Democratic opponent on considering collecting revenues from short-term rentals.

“I also think strong economic development and a strong downtown to bring in tourists and to bring in businesses, that can bolster our sales, mortgage tax and occupancy tax,” said Kiernan.

Each candidate said they supported a civilian police review board, called affordable housing a priorty and expressed interest in inclusionary zoning to support lower and middle-income workers. And all agreed on the importance of establishing a navigation center for the city’s unhoused population.

A fourth candidate, Sierra Hunt, who will appear on the Working Families Party line, did not participate in the League of Women Voters’ forum.