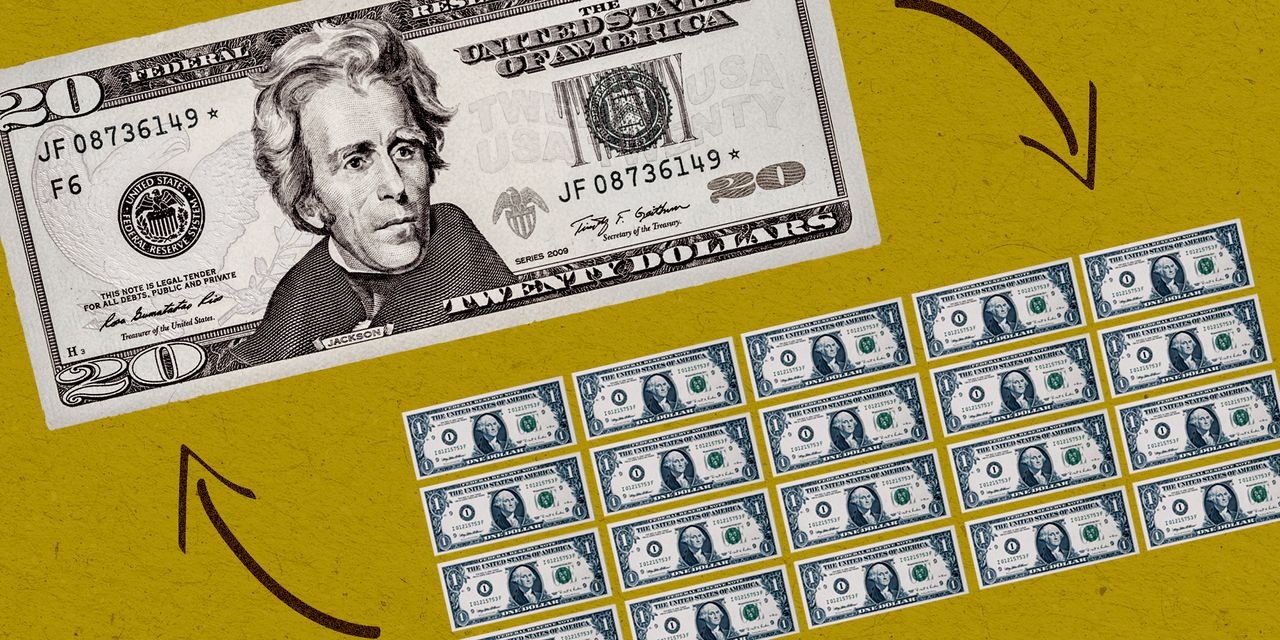 Stock splits are back in vogue, and the market is quickly rewarding companies that divide their shares. Google parent


GameStop are among the latest companies to seek approval from their shareholders for splits. Each of them enjoyed a post-announcement rally.

There is no fundamental impact from a stock split beyond an increased share count, which makes the subsequent rallies puzzling, especially for those who believe in a rational market.

Ultimately, the love from the market is more a symptom of stocks’ success than a result of their split plans. Companies that do splits tend to do so because their stocks have already risen a lot lately. And stocks with positive momentum are wont to continue rising.

“By itself, a stock split should neither create nor destroy any value,” says Christopher Harvey, Wells Fargo’s head of equity strategy. “The stocks that split typically have positive price momentum, generally good things are happening at the company, and fundamentals are improving. That’s what the market is focused on, and a stock split is just something you do when that’s happening.”

In other words, it’s more correlation than causation. But the numbers speak for themselves: Since 1980,


S&P 500
stocks that have announced splits have beaten the index by 16 percentage points, on average, over the following 12 months, according to BofA Securities researchers.

Splits in the past few years have come from mega-cap technology companies, including


McCormick (MKC). There have been about 20 splits a year by U.S. issuers over the past decade, says Dow Jones Market Data.

“By itself, a stock split should neither create nor destroy any value.”

The real heyday of the split was during the late 1990s tech bubble. From 1997 to 2000, an average of 65 U.S. companies divided their shares each year as markets melted up. Split frequency picked up again in the years before the global financial crisis, at the tail end of another long market rally.

Today, the median S&P 500 stock has a price of about $118. Several firms trade well above that level, however, and could be candidates for splits. The highest-priced equities in the U.S. are the class A shares of


Berkshire Hathaway (BRK.A), which have never been divided. Those recently went for $517,000, and trade hands only a couple thousand times a day, on average. Warren Buffett might never split those shares, but investors have another option: Berkshire’s Class B shares represent 1/1,500th of an A, or a recent $350.


NVR (NVR) has the next highest stock price, at a recent $4,380, followed by Amazon.com (AMZN) and Alphabet (GOOGL). Alphabet management said on Feb. 1 that it would seek shareholder authorization for a 20-to-1 split this summer, from a recent $2,811. Its shares added 7.5% the following day, also boosted by stronger-than-expected fourth-quarter results. Amazon announced its own 20-to-1 split intentions about a month later, alongside a $10 billion share buyback authorization. The stock, recently at $3,281, added more than 5% the next day.

“The board anticipates that the increase in the number of outstanding shares resulting from the stock split will reset the market price of the common stock in a range that would give our employees more flexibility in how they manage their equity in Amazon and make the common stock more accessible for anyone who wants to invest in Amazon,” the company said in a filing.

In the last week of March, Tesla said it would pursue its second stock split in as many years, at an undisclosed ratio. Not to be outdone, GameStop (GME) said on March 31 that it would seek shareholder approval to do the same. The videogame retailer’s shares didn’t get a lasting bump, however. They opened more than 13% higher the morning after the announcement, only to close down less than 1%. Earlier that week, the stock had soared 25% in a day.

The other highest-priced stocks in the S&P 500 are:

The typical arguments in favor of a split have to do with making the lower-priced shares more accessible to individual investors or employees who might have trouble buying highly priced stocks.

For example, take a $2 billion company with one million shares outstanding and a $2,000 stock price. After completing a 10-for-1 split, the company will have 10 million shares, each trading for $200, and an unchanged market value of $2 billion. Each shareholder would just get nine new shares for every one they held before the split. An investor who was only willing to invest $200 in the company can now buy a full share, and more at increments of $200—not $2,000.

Companies want to have a diverse shareholder base of both institutional and retail investors, whose influence on markets and individual stocks has risen in recent years.

But that logic is much less relevant in today’s market than it was just a few years ago. Most brokerages allow investors to own fractions, or “slices,” of individual stocks. Fidelity lets its customers buy slices of thousands of U.S. stocks and exchange-traded funds, starting at $1.

Plus, many investors are exposed to the market via index-tracking ETFs, which already allow them to own baskets of stocks for less than the combined prices of the securities in the indexes.

Once upon a time, stock splits could be a drawback for investors who paid per-share—rather than per-trade—commissions. That downside has largely disappeared in the era of commission-free trading, now common across brokerage firms.

Options change hands in lots of 100, so contracts on a high-priced stock can be expensive. The past two years have seen an explosion of retail investors’ involvement in options markets, so the effect there may be greater. But that’s more of a factor for the GameStops of the world than the Amazons.

“This is where the textbooks and the order books diverge, where reality diverges from theory.”

More digestible prices for Amazon or Alphabet could make them likelier candidates to join a price-weighted index like the Dow Jones Industrial Average. And while that’s still speculation at this point, Apple gained its admission to the Dow in 2015, just one year after it completed a 7-for-1 stock split. Apple, it’s worth nothing, has completed five splits since going public in 1980 for $22 a share. On a split-adjusted basis, its IPO price was 10 cents.

So why split a stock? It’s likely more about optics and signaling confidence than anything more technical. Management is indicating that it expects the shares to continue rising after the division, and the market likes to see bullish insiders.

A post-20-to-1 split stock price that moves 50 cents in a day, rather than $10, might signal more stability to investors. Split announcements also attract media coverage and research from sell-side analysts. And round and round the split cycle goes.

So, in the very short term, you will often see a stock pop on a split announcement. But that’s pulling ahead expected outperformance, not because a split adds value to a company in and of itself.

Says Jack Ablin, chief investment officer at Cresset Capital, which manages about $22 billion in assets: “This is where the textbooks and the order books diverge, where reality diverges from theory.”