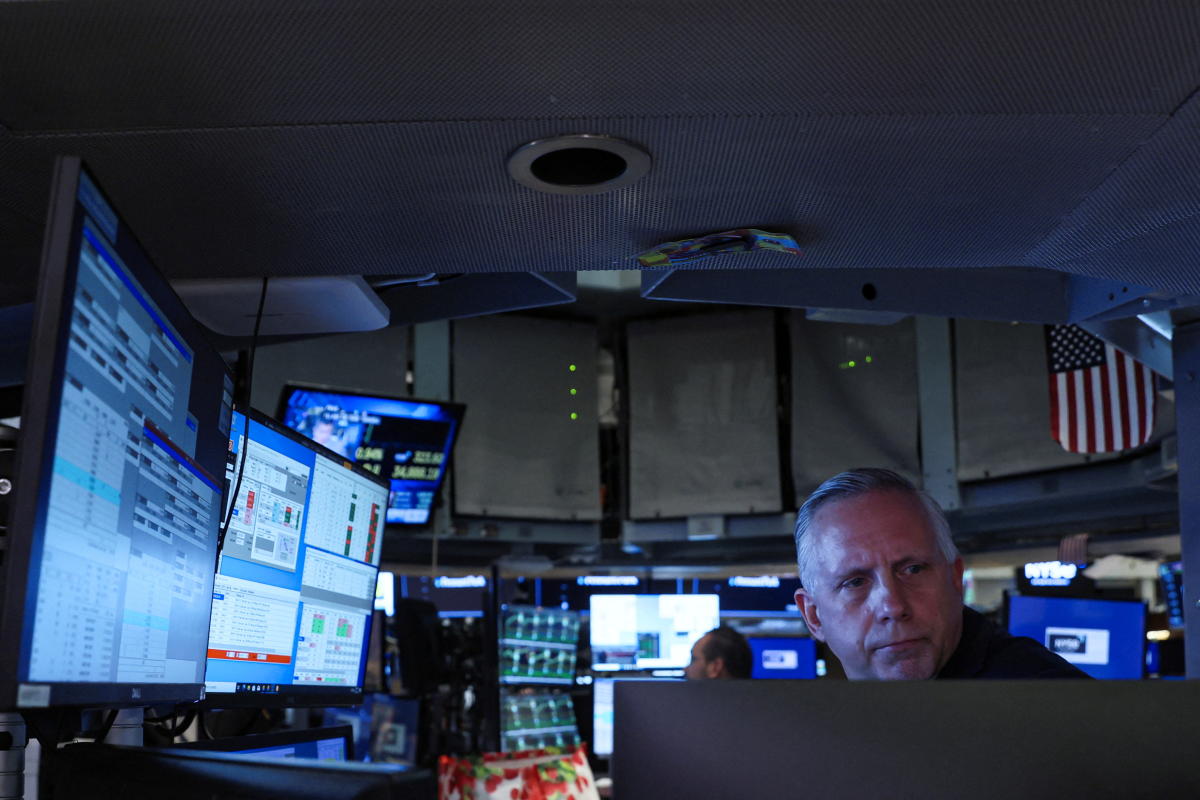 The S&P 500 gained 2.5%, and the Dow Jones Industrial Average jumped by more than 600 points, or 1.8%. The tech-heavy Nasdaq Composite climbed 3.1% to cap trading, marking its best rise since March on the heels of stronger-than-expected earnings from Facebook parent company Meta (FB) that sent shares up nearly 18%.

Investors weighed fresh data out of Washington D.C. that showed U.S. economic activity unexpectedly contracted at the start of 2022 for the first time in nearly two years as lingering supply chain imbalances, inflationary pressures, and war in Eastern Europe weighed on growth. First-quarter U.S. gross domestic product (GDP) fell at a 1.4% annualized rate after a 6.9% pace of growth at the end of 2021.

“The latest snapshots of economic data remind us of the volatile and complicated times in which we live,” Bankrate Senior Economic Analyst Mark Hamrick said in an emailed note.

With just three trading days left in April, the typically-bullish month is on pace for its worst performance since logging a 9.0% drop in 1970, according to data from LPL Financial Research.

“The usual suspects of a slowing economy, a hawkish Federal Reserve Bank, supply chain worries, war in Europe, and now another China shutdown have all combined to make this one of the worst starts to a year ever for both stocks and bonds,” LPL Financial Chief Market Strategist Ryan Detrick said in a commentary Tuesday.

Investors are in the throes of a lackluster earnings season, with 180 companies on the docket this week for quarterly reports. Traders are digesting mixed results from high-flying mega-cap tech giants: Apple (AAPL) and Amazon (AMZN) are set to round out Big Tech earnings after the closing bell on Thursday on the back of figures from Microsoft (MSFT), Alphabet (GOOGL), and Meta (FB) in recent days. The technology behemoths represent 22.2% of the S&P 500’s market capitalization.

Shares of Meta Platforms were up roughly 17% in early trading Thursday after the company reported first-quarter daily active users that beat expectations after Wednesday’s market close. Last quarter, Facebook lost $230 billion in market value, marking the worst single-day wipeout in history for any U.S. company after the social media giant reported a profit decline attributed in part to a drop-off of U.S. users on its flagship platform and competition from TikTok.

“The bar was super low for Facebook, and this report is likely to clear it,” analysts at Vital Knowledge said in a note following the earnings release.

Elsewhere in markets, investors continue to grapple with headwinds from Russia’s invasion of Ukraine, persisting supply chain snafus and inflationary pressures, and a further liftoff on interest rates as soon as next week when the Federal Reserve convenes for its next policy-setting on May 4. Adding to those crosscurrents are renewed worries over an ongoing COVID-19 resurgence in key regions across China that threaten to exacerbate the global economic outlook.

LPL Financial pointed out, however, that double-digit declines during a year are normal.

“After only one 5% pullback all of last year, markets have provided an unfriendly reminder in 2022,” Detrick said in his Tuesday note, adding that since 1980, the average correction each year is 14.0%, putting this year’s 13.0% correction in perspective.

He also pointed out that during the 21 times since 1980 that the S&P 500 has seen double-digit declines from its peak, the index managed to come back and finish the year positive 12 of those years.

Here’s where stocks were in midday trading Thursday:

Applications for unemployment fell again in the latest weekly data, holding near their lowest levels since the 1960s, as a strong labor market and improving levels of unemployment remain a bright spot in the U.S. economy.

The Labor Department’s latest weekly jobless claims report showed 180,000 claims were filed in the week ended April 23, coming in below the 184,000 economists surveyed by Bloomberg had expected.

First-time filings for unemployment benefits held below 200,000 for a 10th consecutive week.

Given the surge and then decline in jobless claims, the Labor Department has also now reconfigured the way it adjusts the weekly data to account for seasonal factors. Starting last week, the Labor Department returned to using “multiplicative” seasonal adjustment factors for the data. For much of the pandemic, the department had been using “additive” seasonal adjustments that help smooth out large swings in the weekly numbers.

“As measured by a proxy for layoffs, the job market appears to be holding up just fine,” Bankrate Senior Economic Analyst Mark Hamrick said in an emailed note. “Seasonally adjusted new jobless claims declined from the previous week to 180,000. That’s a bit above the more than 50-year low of 166,000 last month.”

The Bureau of Economic Analysis (BEA) reported in a preliminary estimate that first-quarter U.S. gross domestic product (GDP) fell at a 1.4% annualized rate after a 6.9% pace of growth at the end of 2021. Economists surveyed by Bloomberg anticipated an increase of 1%.

The GDP report serves as a backwards-looking overview of economic activity, capturing the January-through-March period, but the metric is an important indicator of the state of the U.S. economy at the start of this year — particularly as some strategists increasingly predict the possibility of a recession in the near to medium term. A recession is typically measured by two consecutive quarters of negative GDP growth.

“In the first quarter, an increase in COVID-19 cases related to the Omicron variant resulted in continued restrictions and disruptions in the operations of establishments in some parts of the country,” the BEA said in its report Thursday morning. “Government assistance payments in the form of forgivable loans to businesses, grants to state and local governments, and social benefits to households all decreased as provisions of several federal programs expired or tapered off.”

Here were the main moves in futures trading before the opening bell Thursday:

Here’s where stock futures were in post-market trading Wednesday evening: