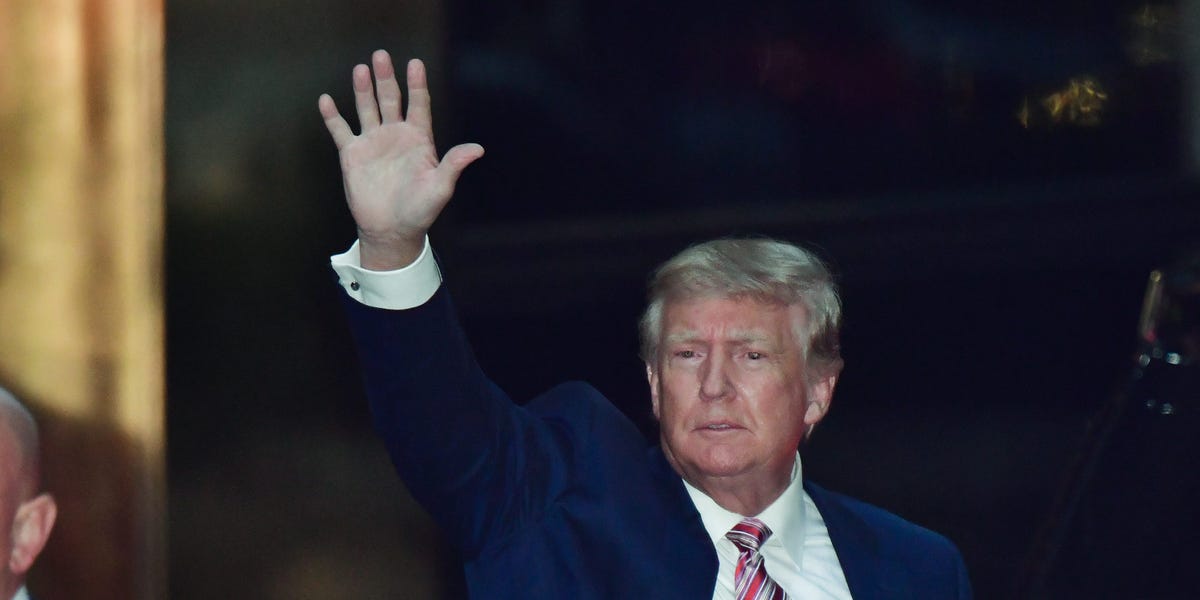 Former President Donald Trump assailed the billionaire-tax proposal from Democrats on Wednesday, suggesting he might flee the US to escape taxation. But he said he’d be sticking around.

“I just wonder, will I be allowed to run for president again if I move to another country?” he said in a statement. “No, I guess I’ll just stick it out, but most others won’t.”

Trump was referring to the billionaire-tax proposal that seemed all but doomed in the Senate only hours after it was introduced by Sen. Ron Wyden of Oregon. It would levy a 23.8% capital-gains tax rate on assets like stocks and bonds to compel roughly 700 billionaires to pay annual taxes on their gains, regardless of whether they sell their assets.

Sen. Joe Manchin of West Virginia imperiled the measure after criticizing it as both punitive to successful people and unworkable.

“I don’t like the connotation that we’re targeting different people,” he told reporters, floating a 15% “patriotic tax” without elaborating further.

Insider previously reported that this proposal could slap Tesla CEO Elon Musk, for instance, with a $10 billion annual bill, something Musk spoke out against on Twitter. “Eventually, they run out of other people’s money and then they come for you,” he said.

An analysis from the economist Gabriel Zucman found that the tax could bring in $500 billion, $275 billion of which would come from the 10 richest billionaires. Frank Clemente, the executive director of the left-leaning advocacy group Americans for Tax Fairness, said it would be “a major structural reform to the tax system” for wealth to be taxed like income from wages.

But just a day after the proposal was brought to the table, the House Finance Committee’s chair, Rep. Richard Neal, struck it down, telling reporters on Wednesday that it was “very unlikely” the tax would be used to finance Democrats’ scaled-down social-spending bill. At the same time, Wyden was far from throwing in the towel on the proposal he authored.

This disagreement is emblematic of the negotiations Democrats are undergoing as they work to develop a framework for their scaled-down bill. Free community college, paid family and medical leave, and an extended five-year child tax credit are already on the chopping block, CNN reported, and a major Democratic priority to roll back Trump tax cuts was struck down by Sen. Kyrsten Sinema of Arizona.