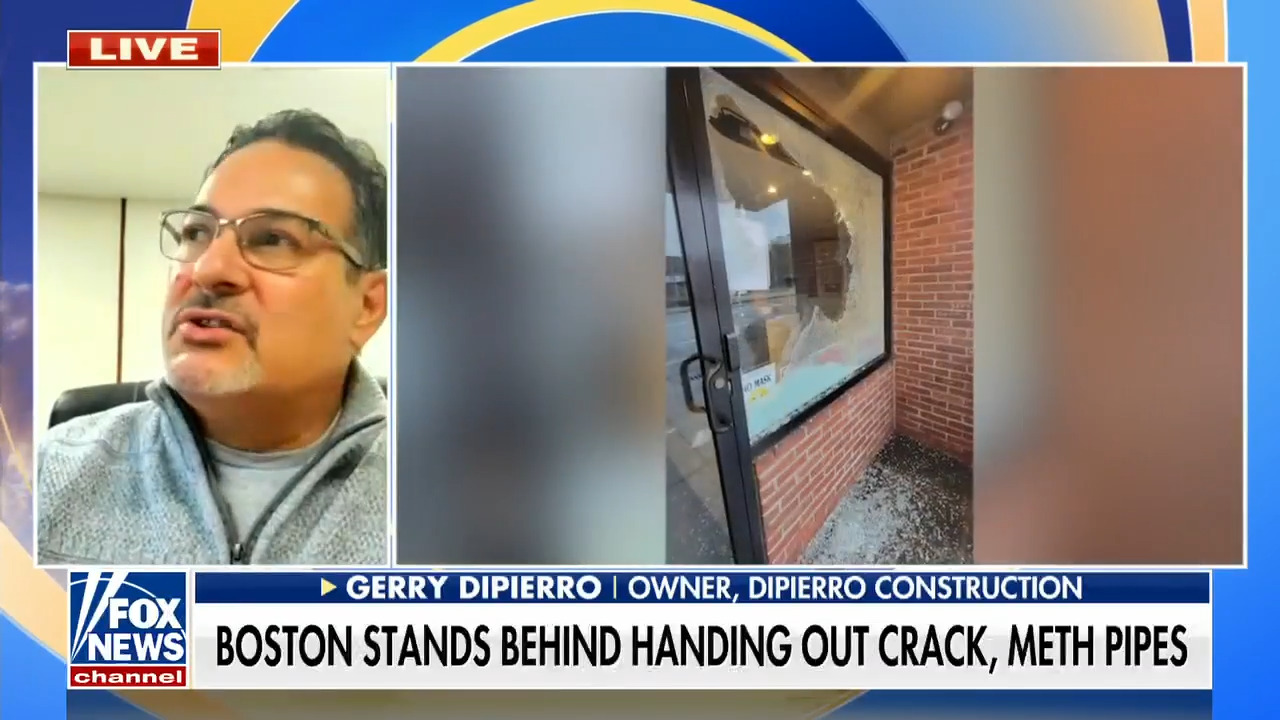 As Boston stands behind its decision to hand out drug paraphernalia to addicts, business owners like Gerry DiPierro have suffered the consequences, with critics arguing that the policy only exacerbates drug addiction.

The owner of DiPierro Construction joined “Fox & Friends First” on Friday to discuss how the move has hurt his business, located on the nicknamed “methadone mile,” an area with rampant drug use and homelessness.

DiPierro said giving free pipes to users of meth and crack has resulted in vandalism and property damage at his business.

“The last few weeks, between my trucks, the front of my building, I’ve had my glass broken three or four times. … All of us are suffering,” he told Todd Piro, adding a nearby pizza restaurant and other businesses were targeted.

“Why are we giving them pipes and ketamine? It’s like giving them a needle. I can give you 100 needles they pick up all the time here. What’s it doing? It just makes this the central zone to come to get everything,” he said.

The city’s stated goal is “harm reduction” and trying to transition intravenous drug users away from needles.

Democratic City Council Member Michael Flaherty spoke out against the move, saying, “The people over there, the people that are struggling, they need treatment and recovery, and they need mental health services. We should not be enabling those poor souls that are down there.”

DiPierro said he believes the city is “going down the wrong road” and business owners like him are “shaking their heads.”

“They’re not taking a step back and actually getting to the root of the problem. And I think this is just going to get worse,” he said.

“I think that what’s happening is everybody is coming here from all over just to get crack pipes and their drugs. The drug deals are very rampant here right now,” he continued.

“The homeless are more dispersed, but the drugs and the drug dealers, the incidents are more rampant because they’re having to either break into the businesses or steal to get the money.”

Elizabeth Heckman is a digital production assistant with Fox News.