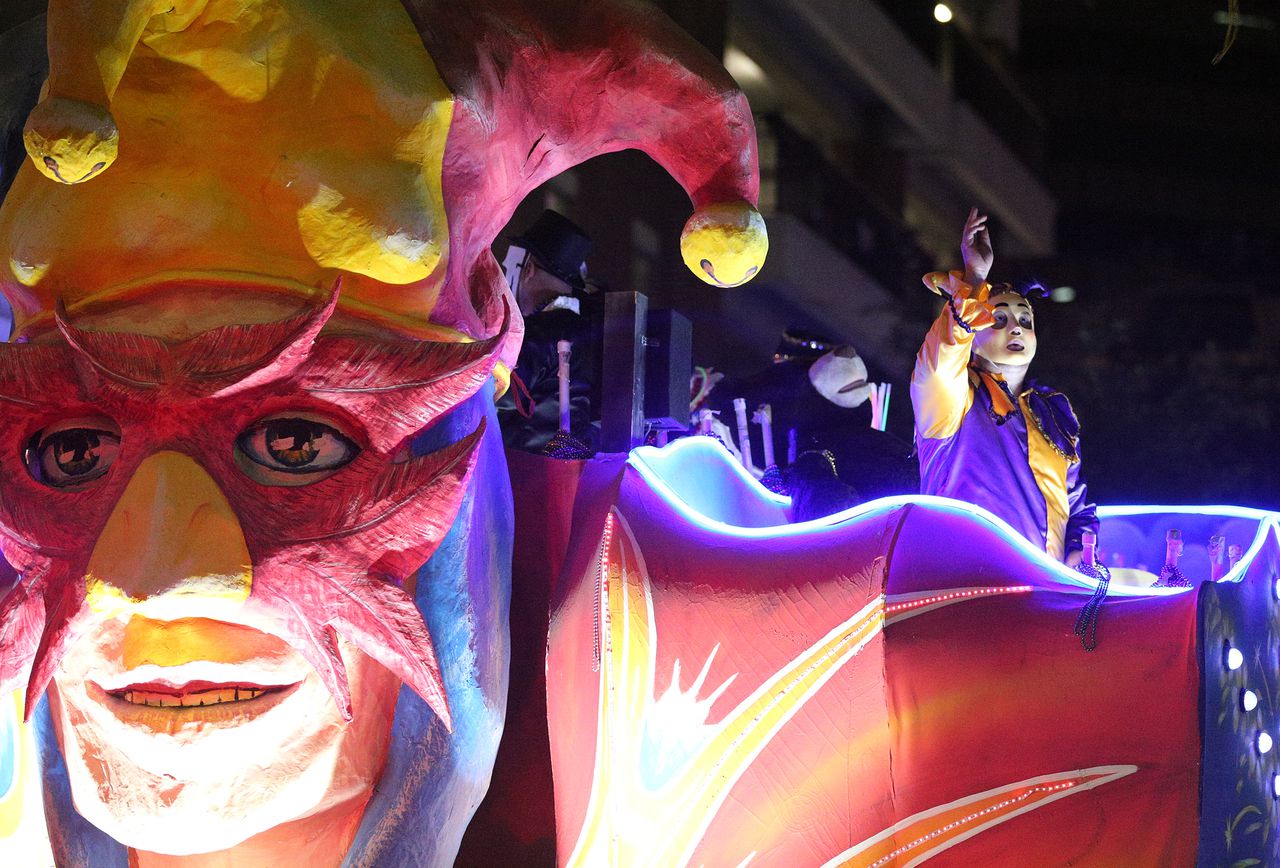 Mobile’s newly formed City Council, for the first time since taking office less than three weeks ago, dived into a discussion on Wednesday that included a variety of thoughts about tackling some of the big-ticket issues that have long loomed over city officials at Government Plaza.

Questions from council members centered on what the city should do with its aging and underutilized sports and entertainment venues that have long costs taxpayers’ money but have frustrated officials with uncertain plans for future uses.

Also, city officials are wondering if the city should prioritize promoting itself.

The discussion surfaced during the council’s pre-conference meeting and occurred after five of the seven council members returned from a trip to Charleston, South Carolina.

“What we learned in Charleston is that it’s a much smaller city than Mobile in population, but tourism is seeing 7 million-plus people every year,” said Council President C.J. Small. Mobile, by comparison, draws around 3 million visitors annually.

“We have an issue in telling our story,” Small said. “The story is we have the last slave ship (into the U.S.) in our backyard. We are home to Mardi Gras. We have the best bowl game for seniors in college each year. We have many things that will keep people saying, ‘Mobile, Mobile, Mobile.”

The discussion was sparked by an inquiry from council members over how the city plans to distribute approximately $1.3 million in American Rescue Plan Act money for tourism. At least five organizations requested funding from ARP, and debate surfaced over why more money was not going toward marketing Mobile.

A decision on how the ARP funds will be distributed among local organizations has not been made, and the city did not provide an initial breakdown on how much each group was planning to get.

The city’s marketing arm, Visit Mobile, requested $1.3 million of ARP money to boost their $2.6 million budget. According to David Clark, president & CEO with Visit Mobile, only approximately $500,000 of that budget is spent on marketing.

“It doesn’t mean we have $2.6 million for marketing,” said Clark. “We support a lot of things. We support all the tourism for Mobile. I view ourselves as a very accountable business for that $2.6 million.”

He said approximately half of that is for salaries and personnel and to support a sales team that has booked 88,000 hotel room nights for future years. According to Clark, that will pump an estimated $20 million into the city in economic activity.

“Our job is to promote all of the markets in Mobile – leisure, convention, business transient and government,” said Clark. “We are fully aligned to execute all of that. Not only from a sales standpoint, but from a marketing standpoint.”

He added, “But … great ideas without money are just great ideas. If we want to be a Charleston, we need to invest in tourism.”

Clark said Mobile has one of the smallest tourism budgets in Alabama, behind both Birmingham and Huntsville.

At least one event should be promoted much sooner than it has been, Small said.

MoonPie Over Mobile, which began in 2008 and has grown in popularity over the past decade, draws approximately 50,000 people to downtown Mobile on New Year’s Eve. On Wednesday, Events Mobile – the non-profit organization that promotes the celebration – announced that Trombone Shorty & Orleans Avenue will be the headlining entertainment for the night.

Small said the announcement should have happened months ago, and that marketing and promotions for the annual MoonPie drop should take place in the summer. He said that Las Vegas began advertising its New Year’s Eve events in July.

“If we start (promoting) six weeks (before the event), that is not enough time,” said Small. “Yes, we may fill the hotels downtown up, but we have hotels in Tillman’s Corner, Airport Boulevard, the (Interstate 65) Service Roads, etc. We wait for the last minute to advertise what we have; we won’t draw the people to Mobile.”

Fred Richardson, the former city councilman who serves as honorary chairman for the celebration, said that part of the difficulty in seeking an entertainer earlier in the year and promoting the event is that the city of Mobile’s fiscal year does not begin until October 1. The city budget, he noted, is typically not approved until September.

“We do not get the money from the city of Mobile until after October,” said Richardson. The Events Mobile received $160,000 from the city through the fiscal year 2022 budget, but Richardson said the city spends about $268,000 for the New Year’s Eve event every year.

“We don’t want to pledge something and then the City Council votes not to give us the money,” Richardson said. “We have no way to pay for it. That’s the hold up. But we hear them loud and clear. We have to address the issue (of promoting the event earlier), but how we do that, we don’t know.”

Judi Gulledge, co-director of the event, said it’s been a challenging year in the aftermath of the COVID-19 pandemic in signing entertainers, which she attributed to the reason why the announcement occurred in mid-November.

She added, “We take Councilman Small’s comments (seriously), and we agree. We need to do everything we can to bring in as many people as we can to come in and see our city and see how great we are.”

Small said that if the economic activity numbers are accurate, and the event is generating revenue for Mobile, then Events Mobile should make a pitch to the council for funding before the annual budget is approved. The last time an analysis was performed was in 2012, and it showed that MoonPie Over Mobile generated more than $5 million in overall economic activity.

“If I can spend $200,000 and make $2 million, it’s a no-brainer,” said Small. “I don’t think there is a council person who would deny that. They would say, ‘go ahead and give them the upfront money if we make millions more (in return). If we are getting $5 million, then imagine how much we would get if we started marketing across the Southeast and the nation.”

Jones asked what could be done about speeding up future discussions over the Mobile Civic Center. An analysis has taken place for several years on what should occur to the Civic Center site in downtown Mobile, and Mobile Mayor Sandy Stimpson has vowed within the next couple of months to re-engage stakeholders interested in discussing the building’s future.

But as Councilman William Carroll noted, talks about the future of the building stretch back to at least 2009.

Jones said that modern venues typically do not have a city’s name on them, and cited examples like Hancock-Whitney Stadium at the University of South Alabama and the Amway Center in Orlando, Florida.

“They are industry sponsored and financed, and it’s still open for the community … there is still a partnership with the city,” said Jones. To me, it’s about partnerships. If we look at the city to finance it, we are going down the wrong path.”

City Attorney Ricardo Woods told Jones that the city’s administration is not “rushing” a decision on the Civic Center.

Reynolds asked if there was something the city could do to “doll it up,” such as fixing the discolored dome of the 57-year-old building.

“If there is something financially feasible to do between now and decision time (on the future of the building), I would ask if you could explore that,” Reynolds said.

A 2018 study by CBRE, the venue’s management team, showed the facility needs $14 million in short-term maintenance that includes $5.3 million to refurbish the arena’s metal dome.

Each year, the city transfers more than $1 million to handle the maintenance and operations of the building. According to the city’s fiscal year 2022 budget, it’s transferring $1.9 million for the operations at the Civic Center, up from $1.25 million three years ago.

Carroll asked the administration to provide a “true cost” of having the Civic Center operating as is. He also made the same request for Ladd-Peebles Stadium, which remains in flux following a mid-October shooting during the last high school football game played at the venue.

Carroll said the Ladd-Peebles Stadium board of directors will need additional money to market the venue, which sparked a debate on what will become of the 73-year-old stadium that served as the home field for the University of South Alabama Jaguars football team until last year, when Hancock-Whitney Stadium opened.

“Before we dive into awarding additional funds to Ladd, I’d like to have (the Ladd board members) come and speak to the City Council and lay out their vision at this point,” said Jones. “Right now, giving money to something we don’t have a true path forward on, I think is a little bit early.”

Councilman Joel Daves said the city needs to hear from the stadium’s management team to “understand what their financial condition is out there currently and what it will be like in the future.” The city, on an annual basis, allocates $200,000 to the stadium.

“We need to know a lot more, in light of recent events, before we provide additional funding,” said Daves.

What Does CMMC Mean For Contractors

May 19, 2022 Candy Corpuz
We use cookies on our website to give you the most relevant experience by remembering your preferences and repeat visits. By clicking “Accept All”, you consent to the use of ALL the cookies. However, you may visit "Cookie Settings" to provide a controlled consent.
Cookie SettingsAccept All
Manage consent