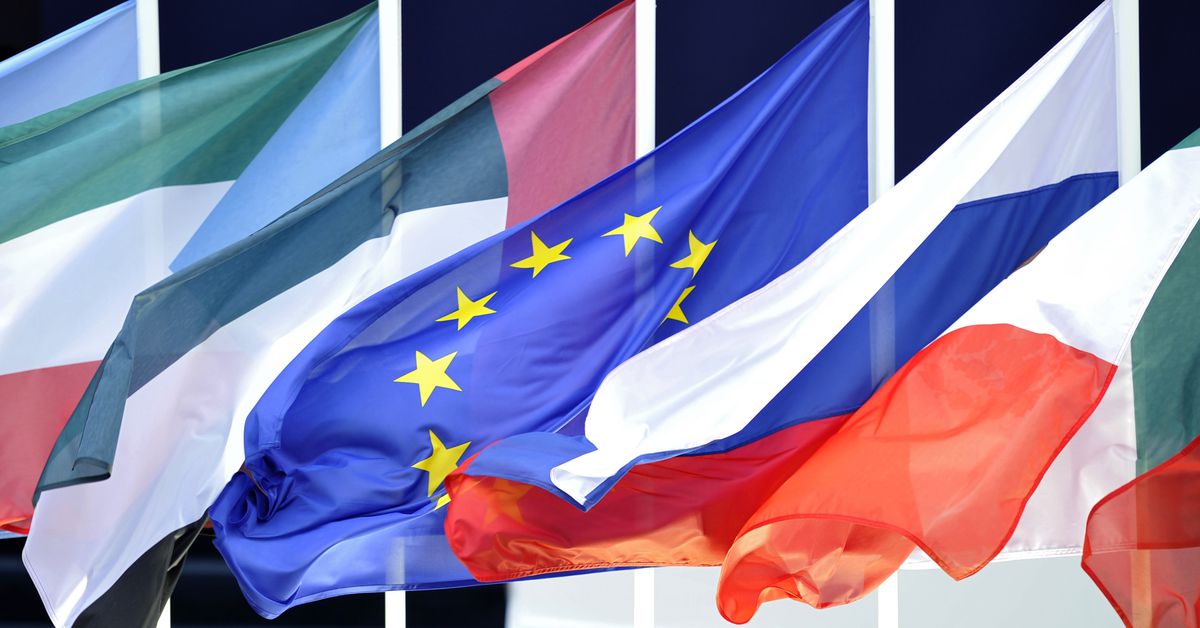 Flags of G20 countries are seen outside the G20 venue before the start of the G20 Summit of major world economies in Cannes November 3, 2011. REUTERS/Dylan Martinez/Files

WASHINGTON, Oct 13 (Reuters) – Finance leaders from the G20 major economies on Wednesday endorsed a global deal to revamp corporate taxation and pledged to sustain fiscal support for their economies while keeping a close eye on inflation.

The G20 finance ministers and central bank governors also said in a communique issued after a meeting in Washington that the International Monetary Fund should establish a new trust fund to channel a $650 billion issuance of IMF monetary reserves to a broader range of vulnerable countries.

The finance leaders noted in their statement that economic recovery “remains highly divergent across and within countries” and is vulnerable to new variants of COVID-19 and an uneven pace of vaccinations.

“We will continue to sustain the recovery, avoiding any premature withdrawal of support measures, while preserving financial stability and long-term fiscal sustainability, and safeguarding against downside risks and negative spillovers,” the G20 finance leaders said in the statement.

“They will act as needed to meet their mandates, including price stability, while looking through inflation pressures where they are transitory and remaining committed to clear communication of policy stances,” the G20 communique said.

“But again, these may take months before fading away, so we have to be prepared and communicating very well, how we see the issues. And this is why we are discussing, debating it in the central bank community and in the ECB,” Visco said.

The G20 finance leaders also pledged to work to address shortages of tools to fight the COVID-19 pandemic in low- and middle-income countries in coming months, including vaccines, therapeutics and diagnostics.

The G20 finance leaders are meeting in Washington on the sidelines of the IMF and World Bank annual meetings, which come just days after 136 countries agreed to adopt a 15% minimum corporate tax and partially reallocate taxing rights for large profitable multinational companies to countries where they sell products and services.

The G20 leaders endorsed the OECD tax agreement and called for swift development of so-called “model rules” to guide countries’ implementation of the deal and “ensure that the new rules will come into effect at a global level in 2023.”

The G20 also agreed to support an IMF proposal to create a new “Resilience and Sustainability Trust” to allow part of the $650 billion in Special Drawing Rights currency reserves allocated to IMF member countries to be channeled to aid low-income countries, “vulnerable” middle-income countries and other small developing states.

“The new RST should preserve the reserve asset characteristics of the SDRs channeled through the Trust,” the finance leaders said, adding that they were open to considering options to channel SDRs to multilateral development banks.