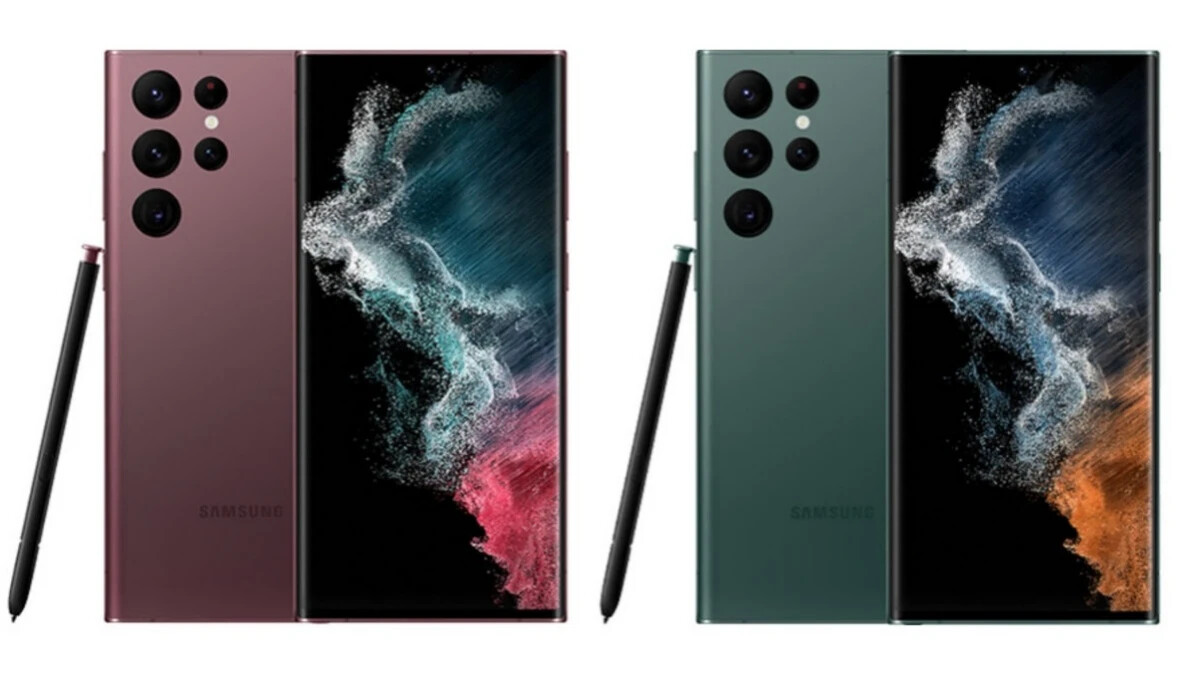 We may earn a commission if you make a purchase from the links on this page.

Samsung’s forthcoming flagship smartphone series, the Galaxy S22 has leaked profusely already and the rumors show no sign of slowing down before the February 9 unveiling event. South Korean leaker Dohyun Kim, who tweets using the handle @dohyun854, has now added to the excitement by leaking some marketing images and videos.
The tipster reiterates that the series will have three models: the 6.1-inches Galaxy S22 internally known as R0, the 6.6-inches Galaxy S22 Plus codenamed G0, and the 6.8-inches S22 Ultra known as B0.

Size and battery capacity are practically the only things that set the standard and the Plus models apart. Both variants will seemingly have a resolution of 2340 x 1080 pixels and a 10MP front camera.

The rear camera system is expected to have at least two new sensors, a 50MP main unit, and a10MP telephoto camera, and apparently the same 12MP ultra-wide sensor as the current models.

The regular Galaxy S22 model will likely pack a 3,700mAh battery and the Plus version will get a 4,500mAh cell, and although that’s a reduction in battery capacity, it may not necessarily result in shorter battery life, given these models are smaller than their predecessors and will be powered by slightly more power-efficient chips – either the 4nm Samsung Exynos 2200 or the 4nm Qualcomm Snapdragon 8 Gen 1, depending on your region. These chips will also power the Galaxy S22 Ultra.

Next up is the Galaxy S22 Ultra, inarguably the most exciting of the bunch. The phone is almost confirmed to have a slot for the S Pen for a true Note experience. The device is rumored to come with a 40MP selfie camera and a rear camera array with the same megapixel count as the S21 Ultra. That’s no reason to write off its camera prowess as the handset will allegedly feature at least three new sensors and fancy AI tricks to up the photography game.

The marketing images reiterate that the Galaxy S22 and S22 Plus will have a flat design and the Ultra will have boxy Note-like aesthetics and there will be no camera bump.

The phones are apparently being billed as the strongest Galaxy phones ever, made possible by the sturdy aluminum frame and IP68 water and dust resistance.

Per leaker @GaryeonHan, pre-orders will start from February 14 and the series will go on sale on February 25. If you plan on buying any of these potential best-selling phones, it is recommended that you act fast as a recent rumor claims availability will be limited initially. If you want to be extra cautious, perhaps you may want to register for the phone as soon as possible. Samsung has already opened reservations, just by the way.
Tags: Galaxy images Leaker marketing posts promo S22 video