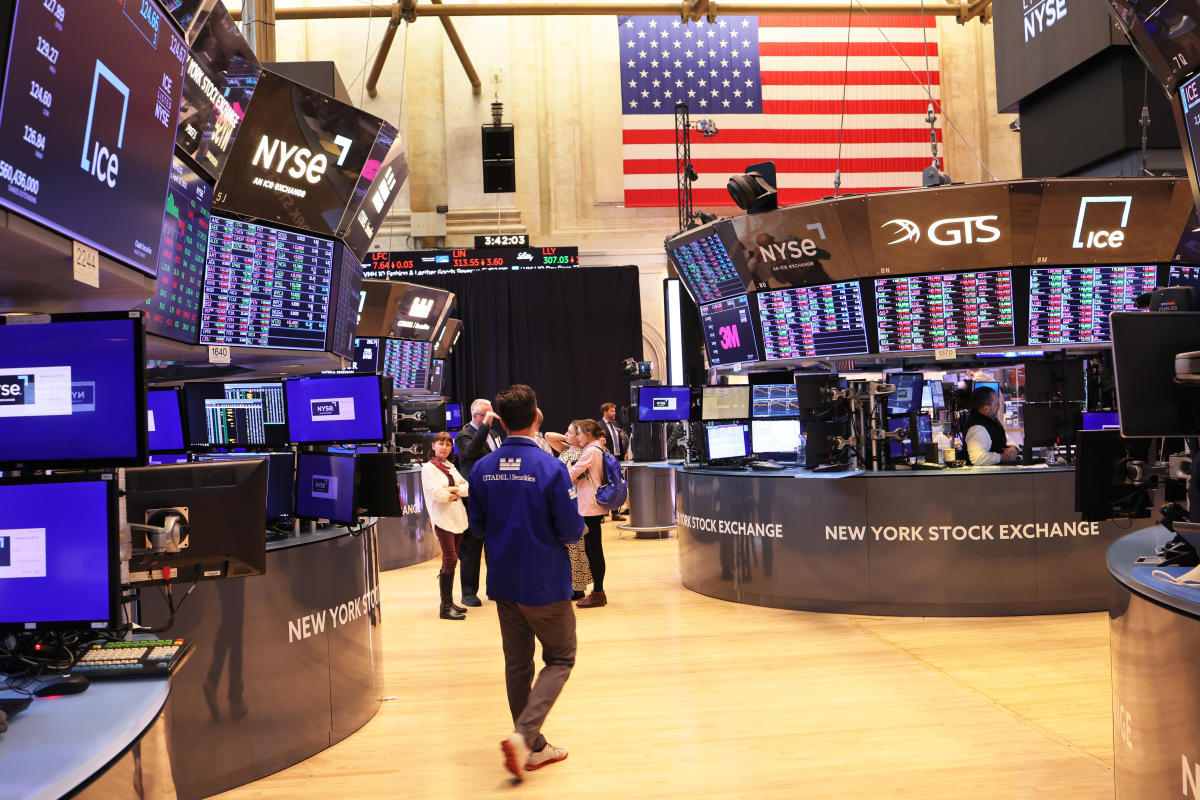 U.S. stocks gained on Wednesday as investors monitored a series of closely watched earnings reports and further digested a hot print on inflation in the U.S.

The S&P 500 jumped by more than 1%, ending a three-day losing streak. The Nasdaq Composite outperformed and rose 2% as technology shares jumped and Treasury yields pulled back across the curve.

JPMorgan Chase CEO Jamie Dimon offered a cautiously upbeat view of the U.S. economy in the bank’s earnings release on Wednesday. Dimon noted that he remained “optimistic on the economy, at least for the short term,” but still sees “significant geopolitical and economic challenges ahead due to high inflation, supply chain issues and the war in Ukraine.” And the bank also built up its credit reserves by a net $902 million, “largely due to higher probabilities of downside risk,” Dimon said.

Meanwhile, Delta Air Lines, one of the major airlines at the center of the reopening trade, suggested business would pick up further in the current quarter even as first-quarter results showed another loss, as the airline grappled with the omicron variant wave earlier this year. The carrier returned to profitability in the month of March, Delta noted, and noted that revenue is expected to reach between 92% and 97% of pre-pandemic levels during the current quarter ended in June.

This early set of earnings reports helped set the tone for what is expected to ultimately be a much milder quarter for earnings growth than in recent periods. As companies grapple with rising labor, raw material and transportation costs and lap last year’s initial reopening-fueled jump in activity, many on Wall Street are looking for narrower margins than in recent quarters, even as sales hold up strongly amid elevated consumer demand and rising prices. Across the S&P 500, companies in aggregate are expected to report year-over-year earnings growth of just 4.5%, which if realized, would mark the slowest rate since the fourth quarter of 2020, according to FactSet.

“Even in decades like the 1970s, when we had extreme inflation, large-cap quality U.S. equity shares were able to double their share price over that period,” she added. “So that’s the pocket of the market where we’re confidently either staying invested or getting invested.”

And indeed, inflation has remained a primary concern for investors, threatening to weigh further on both consumers’ wallets and corporate profits. The Bureau of Labor Statistics’ March Consumer Price Index (CPI) showed inflation rose at the fastest rate since late 1981 last month, jumping by a slightly faster-than-expected 8.5% over last year.

However, some economists suggested the report was not all bad news, and showed some tentative signs of a peak in the rate of price increases.

“The CPI report I think actually has a little bit more good news in it than it appears right on the surface … there’re a number of things in here that suggests that we’re starting to see inflation peak, and it will roll over in the next few months,” Tom Simmons, Jefferies fixed income money market economist, told Yahoo Finance Live on Tuesday. “[It’s] important to keep in mind that CPI, for March, the reference period here was right after the Russian invasion of Ukraine. So really, it’s capturing the most acute period of gasoline price increases. And we’ve seen them already starting to soften in the market a little bit in the few weeks since.”

Shares of Bed Bath & Beyond (BBBY) gained intraday on Wednesday, shaking off early losses of as much as 12% after the retailer posted an unexpected loss for its fiscal fourth quarter and missed sales expectations.

Adjusted losses were 92 cents a share, whereas Wall Street analysts were looking for earnings of 13 cents a share during the holiday shopping season. Comparable sales were also down 12%, or more than the 8.3% drop anticipated, based on Bloomberg consensus data.

“We are disappointed that our sales and gross margin performance does not reflect our team’s hard work and execution against both strategic and transformation efforts in 2021,” the company’s CEO Mark Tritton said in the quarterly report’s press release.

“Macroeconomic factors, such as the disruption of the global supply chain, the Omicron variant, as well as the geopolitical turbulence weighing on consumer confidence, have uncovered more vulnerabilities than we could have foreseen at this stage of our transformation, as we completely rebuild the foundation of our business,” he added.

“Peloton is a strategically valuable asset that is attractive to many potential acquirers,” according to Blackwells Capital’s slide deck. “An insightful and capable operator would be willing to pay a premium beyond conventional cost and revenue synergies for the opportunity to ‘Reimagine Peloton’ as a dramatically different business than it is today.”

Jason Aintabi, chief investment officer of Blackwells, also doubled down on his criticism of Peloton’s former CEO John Foley, who remains on the board as executive chairman.

“Peloton will continue to be poorly valued for as long as a close-knit group of insiders, who have proven themselves incapable of creating value, continue to wield voting power far in excess of their economic interest,” Aintabi said in a statement. “No shareholder should want Mr. Foley to still sit atop the management pyramid or control the Board through his super voting-stock. He lost his entitlement to both positions when he destroyed $40 billion of shareholder wealth in less than a year.”

U.S. producer prices for final demand rose 1.4% in March after rising 0.9% in February, the Labor Department said on Wednesday. For the full year, PPI jumped 11.2% — the biggest gain since the 12-month data was calculated in November 2010. The results superseded estimates of 10.6%, according to Bloomberg consensus.

The latest print suggests inflation will remain elevated as Russia’s war on the Ukraine rages on and pushes prices of oil and other commodities higher.

Adjusted revenue of $31.6 billion dropped 4.6% over last year but exceeded consensus estimates for $31.4 billion, according to Bloomberg data. Both fixed income and equity sales and trading revenue topped expectations while declining compared to last year, with these coming out to about $5.7 billion and $3.1 billion, respectively. Investment banking revenue, however, sank by a more marked 28% and missed estimates, totaling $2.06 billion as equity and debt underwriting activity decreased at the start of this year compared to last.

“Lending strength continued with average firmwide loans up 5% while credit losses are still at historically low levels,” Dimon said in the earnings release.

Adjusted losses came out to $1.23 per share for the March quarter, or narrower than the $1.26 per share loss consensus analysts expected, according to Bloomberg data. Adjusted revenue was $8.2 billion, and was 79% recovered compared to levels from the comparable quarter in 2019 before the pandemic. Capacity was 83% restored relative to the pre-pandemic period, Delta added.

For the current quarter ending in June, Delta said it expects capacity to further rebound to 84% of June quarter 2019 levels, with total revenue between 93% and 97% of levels from that period in 2019.

“With a strong rebound in demand as omicron faded, we returned to profitability in the month of March, producing a solid adjusted operating margin of almost 10%,” Delta CEO Ed Bastian said in the company’s earnings release Wednesday morning. “As our brand preference and demand momentum grow, we are successfully recapturing higher fuel prices, driving our outlook for a 12 to 14% adjusted operating margin and strong free cash flow in the June quarter.”

Here’s where markets were trading Tuesday evening before the opening bell: