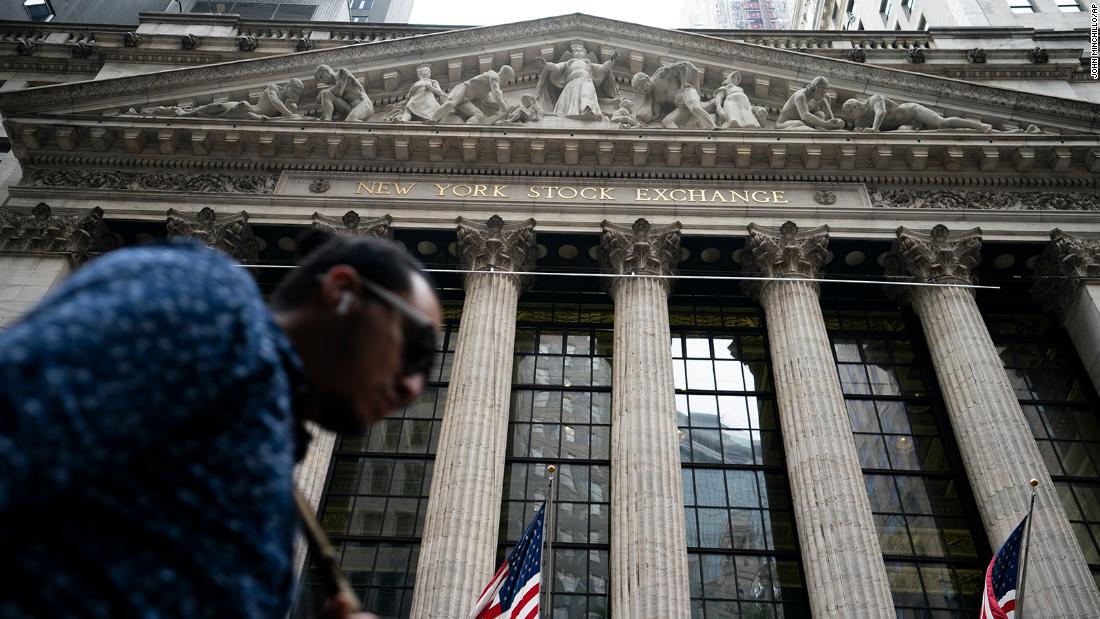 Stocks opened lower and started tumbling in earnest mid-morning, holding their losses for the rest of the trading session. The Dow (INDU) closed some 320 points, or 0.9%, lower. At the low point of the day, the index had been down more than 500 points.
The S&P 500 (SPX), a broader gauge of the US stock market, finished down 1.3%, while the Nasdaq Composite (COMP) fell the most with a 2.1% decline.
Tech stocks led the losses, with Twitter (TWTR) and Facebook (FB) among the S&P’s weakest performers. Facebook — which closed down nearly 5% — is dealing with an outage across its platforms, as well as new allegations from whistleblower Frances Haugen claiming the company prioritized profit rather than address how its platform is used to spread hate, violence and misinformation. Facebook has pushed back on those claims.
There are plenty of broader headwinds for America’s equity investors. Top of mind is the debt ceiling fight in Washington, as President Joe Biden spoke on the homegrown debt crisis this morning. He continues to push Congress to raise the debt ceiling; Congress has until October 18 to increase the country’s borrowing limit.

“The United States pays its bills and it always has,” Biden said. Raising the debt limit is usually a bipartisan undertaking, and it should be. But that is not happening today,” he added.

“The Republicans in Congress — what they’re doing today is so reckless and dangerous in my view. Raising the debt comes down to paying what we already owe, what has already been acquired, not anything new,” Biden said during his remarks.

Meanwhile, worries about prolonged high inflation are leading investors to rotate out of tech stocks, which had performed strongly during the worst of the pandemic. A key measure of inflation hit a new 30-year high on Friday.

While stocks tumbled, US Treasury yields — which track inflation and interest rate expectations — ticked higher at 1.48% around the time of the stock market close. Bond yields and prices move inversely to each other.

Energy stocks were the only bright spot in the market Monday. Oil prices rallied to their highest level since 2014 and lifted the sector higher.

US oil prices settled more than 2% higher at $77.62 per barrel after the Organization of Petroleum Exporting Countries and its allies reaffirmed their existing production plan to raise monthly production by 0.4 million barrels per day in November.

“In the longer-term outlook, the rising price of crude oil is only going to exacerbate inflationary pressures, specially for some emerging market economies like India,” said ThinkMarkets analyst Fawad Razaqzada in a note to clients.

“Pressure on OPEC+ to return supply to the market more rapidly had been growing ahead of today’s meeting,” said Capital Economics’ commodities economist Kieran Clancy. “We think that their refusal to do so means that the market will remain in a deficit in [the fourth quarter], which suggests that oil prices will remain elevated for at least the remainder of this year,” he added.