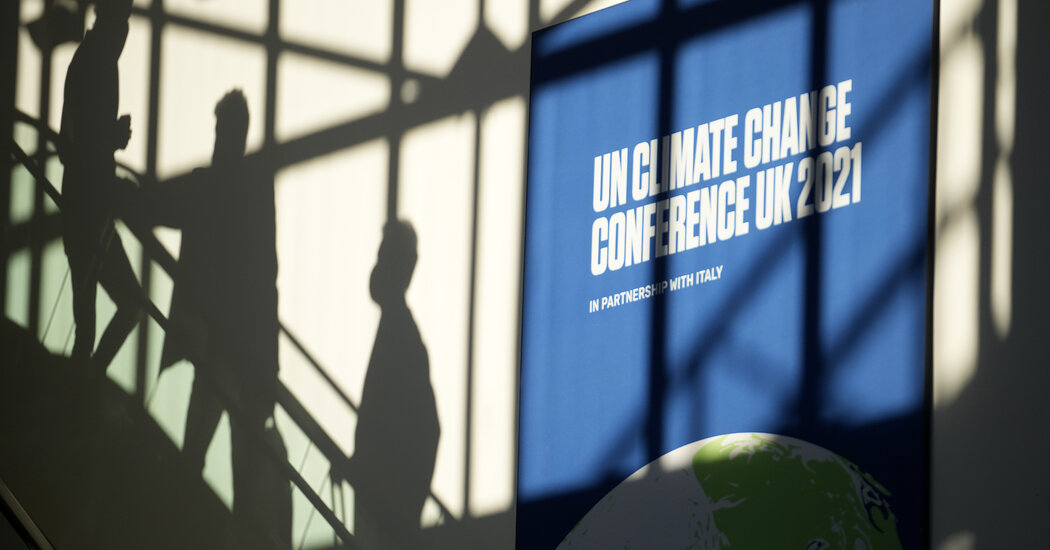 It’s not yet clear how effective the United Nations conference underway in Glasgow will be in mitigating the most pernicious effects of global warming. But one outcome is already evident: The number of news articles about climate change is surging.

New research indicates that the two effects are related. Three recent research papers by two groups of economists suggest that when public exposure to information about climate change spikes, investor preferences also shift, altering the performance of sectors of the stock market.

“What we’ve found is a story about climate change and the stock market,” Lubos Pastor, a professor of finance at the University of Chicago Booth School of Business, said in an interview.

“At this point, news about climate change, any news, is, at least to some extent, negative,” he said, meaning that it tends to raise public concern about the future of the planet. “As investors become more aware of the climate issue, they understand that regulations are coming, and that the situation will be beneficial to green firms and harmful to brown ones.”

That increased public attention — and the accompanying preference of many investors for environmentally sensitive stocks — boosts the price of those stocks and hurts those of companies that are big emitters of carbon dioxide, methane and other greenhouse gases, the scholars found. They also pointed out that this investor preference for green companies has made it easier and cheaper to raise money for environmentally useful projects.

But for people who want to do well while doing good, the researchers’ findings may not be entirely comforting.

For one thing, the very preference of many investors for green stocks — which creates a measurable green premium, or “greenium,” that elevates their share price — implies that these shares will have lower expected returns in the future. That’s just what happens in financial markets when demand for an asset soars and supply does not: Its price rises over the short run but, all else equal, it has less room for increases down the road. .

“We’d say with this green preference, the market reaches a new equilibrium,” said Robert F. Stambaugh, an economist at the Wharton School of the University of Pennsylvania. “By pricing green stocks higher, investors are accepting lower expected returns, whether they understand that or not.”

The converse is also true. Obviously, fossil fuel stocks can still rise sharply amid an energy shortage — as they have been doing in recent months — even if there is increasing investor preference for alternative energy companies and other green stocks. If anything, Professor Stambaugh said, by creating a premium for green stocks and shunning brown ones, environmentally conscious investors may be inadvertently raising the expected returns for brown stocks. As long as these companies still produce profits and cash flow, investors who strongly emphasize making money over environmental issues may now flock to brown stocks, judging them a relative bargain.

The core of these insights appears in “Sustainable Investing in Equilibrium,” published this month in the Journal of Financial Economics and available as a working paper since December 2019. Along with Lucian Taylor, who is also a professor at Wharton, Professors Stambaugh and Pastor wrote that paper, which developed the model that explains how shifting investor preferences lead to share re-pricing and stock market shifts.

The first, “Climate Change Concerns and the Performance of Green Versus Brown Stocks,” was written by a group of economists affiliated with the National Bank of Belgium. They are David Ardia of HEC Montreal, Keven Bluteau of Université de Sherbrooke, and Kris Boudt and Koen Inghelbrecht of Ghent University.

They constructed a “Media Climate Change Concerns index” that measured the frequency and tone of climate change coverage from Jan. 1, 2010, to June 30, 2018, in The New York Times and seven other large-circulation U.S. newspapers: The Wall Street Journal, The Washington Post, The Los Angeles Times, The Chicago Tribune, USA Today, The New York Daily News and The New York Post.

The index spiked during major conferences on climate change, like the one that produced the 2015 Paris Agreement, as well as after major setbacks in efforts to curb global warming, like President Trump’s announcement in 2017 that the United States was withdrawing from that agreement.

In an interview, Professor Ardia said the researchers were working on an updated version of the index. “I think it’s safe to say that the index would be spiking now, during the Glasgow conference, whatever happens there,” he said.

The researchers compared their index with the returns of selected stocks, distinguishing between green and brown shares on the basis of their companies’ carbon intensity, as defined by their carbon emissions divided by their revenue. The researchers found that when climate coverage increased, the prices of brown stocks dropped compared with those of green stocks.

Another research paper by Professors Pastor, Stambaugh and Taylor relied in part on the same Media Climate Change Concerns index, and produced similar findings. It concluded that the increased coverage of climate change contributed to a significant outperformance of green stocks over brown ones from November 2012 through December 2020. “Over this period, the value-weighted portfolio of stocks in the top third of greenness outperformed the bottom third by a cumulative return difference of 174 percent,” the paper said.

This roughly corresponds with the results of standard stock market indexes. Those that emphasize environmental factors have, for the most part, had stronger returns than the broad market in recent years. For instance, the environmentally friendly MSCI ACWI ESG Leaders index outperformed the standard MSCI ACWI index (which tracks world markets) in 10 of the 13 years through 2020, according to MSCI.

But the scholars pointed out that there’s no assurance that this trend will continue, and not simply because past performance doesn’t predict future outcomes, as investors are frequently warned. Their research is based on measurement of the newsworthiness of climate change. If global warming worsens, as most scientists say is likely, it’s possible that people will become inured to it. When a barrage of news on any subject becomes constant, it’s no longer quite as newsworthy, as any journalist knows.

“If it’s a surprise, it’s news, by our definition,” Professor Bluteau said. “Once it’s not surprising, it’s no longer news.” That, in turn, could affect stock returns and reduce the reward that environmentally conscious investors are receiving. Economics explains problems like this. It doesn’t necessarily solve them.