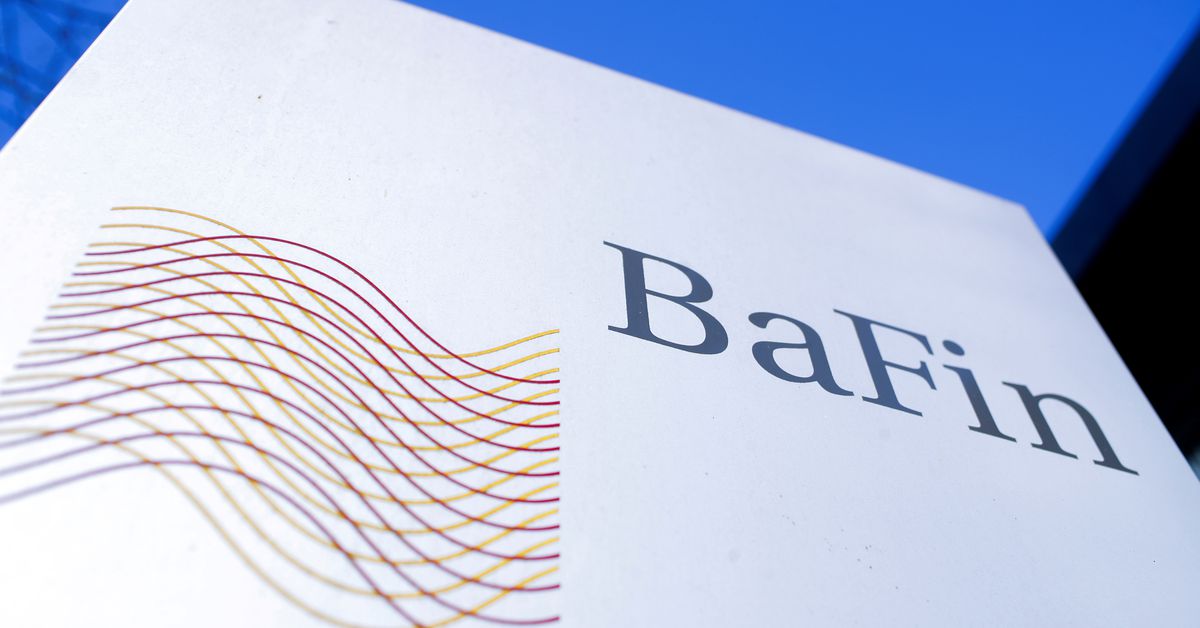 The logo of Germany’s Federal Financial Supervisory Authority BaFin (Bundesanstalt fuer Finanzdienstleistungsaufsicht) is pictured outside of an office building of the BaFin in Bonn, Germany, April 15, 2019. REUTERS/Wolfgang Rattay

BaFin’s reputation was battered after it failed to spot wrongdoing ahead of the collapse last year of the German payments company Wirecard, a former blue-chip hailed as a German success story and once worth $28 billion.

The implosion shocked investors, business and political leaders in Europe’s largest economy, and overshadowed the election campaign of German Finance Minister Olaf Scholz, whose ministry oversees BaFin, as he was seeking to succeed Chancellor Angela Merkel.

Scholz in response vowed to give BaFin “more bite”, with a change in top leadership and more powers to spot and investigate wrongdoing. read more

Mark Branson, in his first news conference since taking over the helm of BaFin, said he was impressed by the speed and breadth of the reforms.

“But for me, this is only the beginning of BaFin’s long-term development,” said Branson, who was poached for the job from Switzerland’s financial markets regulator. “It will take time before we reach our objectives in all areas.”

New measures enacted this year to bolster BaFin include the creation of task forces to oversee companies with complex business models, more in-house accounting firepower and a reorganised unit for whistleblowers.

In recent weeks, BaFin has announced an array of enforcement actions, including a 4.25 million euro ($4.9 million) fine for online bank N26 for failures related to money-laundering prevention. read more

It also ordered the Frankfurt subsidiary of Russian state-owned VTB Bank (VTBR.MM) to fix flaws in its controls, and it has delved into issues at fund managers DWS

Activists and academics say it is too early to say whether the actions auger a tougher, more proactive regulator.

“But the initial message to take action seems to have reached Bonn,” where BaFin is based, said Gerhard Schick, a former member of German parliament and a finance activist at lobby group Finanzwende.

Hans-Peter Burghof, a professor at the University of Hohenheim, said Branson is a good fit for the job, but as a single person at the top of the institution faces an uphill battle to enact change.

He needs a new crew of finance experts rather than a raft of lawyers, he added.

“A high level of crisis and loss of reputation might make the institution more receptive to changes, but … they have this lawyer culture that will be very hard to break. I think Branson has a very hard task”.

Jan Pieter Krahnen, a finance expert at Frankfurt’s Goethe University and adviser to the finance ministry, said that BaFin needs greater independence from Berlin in order to restore credibility.

As part of the finance ministry, BaFin may face too much influence from politicians if supervision efforts rub against their goals, he said.

An additional fault with BaFin’s structure, according to Finanzwende’s Schick, is the organization’s supervisory board, which includes members of lobbies for banks and insurers that BaFin oversees. He said industry associations should be listened to but not sit on the board.