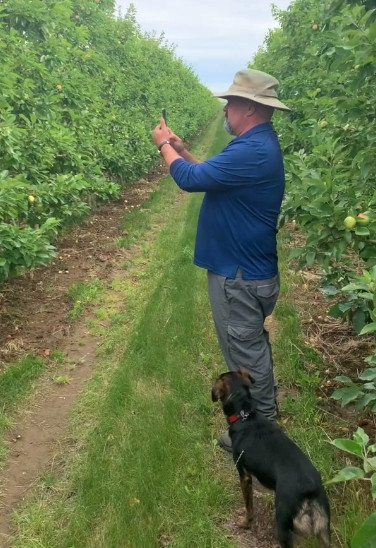 The gist: FruitScout is tackling “precision crop load management” — a term that lacks sizzle, but is essential in agtech innovation according to those in the space. The two-year-old startup created an app that allows users to photograph fruit trees in order to measure trunk size and calculate optimal crop the tree can bear. The tool, using standard cell phones as opposed to proprietary hardware, also analyzes images of buds, flowers and fruit to estimate a tree’s predicted yield and pruning needs to reach the ideal volume. The seven-person startup originally started with a focus on apple growers in Washington state, but thanks to deep-pocketed tequila manufacturers, it is now also applying its technology to agave crops in Mexico.

The backers: Bowery Capital — which wrote about its rationale for investing here — and TFX Capital. The company previously raised a $350,000 angel round.

The people: CEO and founder Matt King says that he was inspired to apply to agriculture the computer vision instrumentation that he used while working on manufacturing challenges for Boeing, Intel and others. He previously served as CTO at precision agriculture company iUNU, which develops computer vision systems for greenhouses.

The take: FruitScout is part of a wave of ag tech startups sprouting across the Pacific Northwest, many of which are looking at ways to grow crops in a sustainable manner. See this GeekWire report from earlier this year: Why these successful software founders are planting seeds for ag tech ventures.

Seattle e-commerce startup Violet landed a $10 million Series A round, with founder Brandon Schulz saying the money will help the company’s clients “get to market, scale quickly, and achieve escape velocity, without massive amounts of capital.”

The people: Violet is led by CEO and co-founder Brandon Schulz, a retail vet who previously launched Comr.se, a now-defunct Seattle startup that was similar to Violet and helped brands power native transactions directly within social streams. The company’s other co-founder, Rhen Zabel, also worked at Comr.se and was a lead engineer at Target.

The backers: Klarna, a private fintech company with more than 250,000 retail partners and valuation of $45.6 billion, led the deal. Other participants include Sugar Capital, Lachy Groom and Red Sea Ventures, the latter of which led the company’s $3 million seed round just three months ago.

The take: Violet is similar to Fabric, another “headless” e-commerce startup based in Seattle that raised $100 million in July.

WattBuy, an online energy marketplace for consumers, raised an additional $10 million in a bid to help people lower energy bills and make a dent in climate change.

The gist: Founded in 2017, WattBuy collects and shares energy rates in unregulated states where residents and businesses can shop around for their electricity providers. The platform includes information for consumers eager to support clean energy like solar and wind.

The backers: SE Ventures — the venture arm of Schneider Electric, a French-based multinational corporation with 135,000 employees — and MCJ Collective. The 23-person startup has raised $16 million to date.

The take: WattBuy has Pacific Northwest roots, but in the era of COVID, the formerly Seattle-based company has become dispersed nationwide — though the startup says the region “remains a priority for hiring talent in engineering, data analytics, etc.” CEO Naman Trivedi offers more details on the round and recent developments in this blog post.

The gist: Ever lost a piece of information buried in a PowerPoint, PDF, MP3 or other digital file? That’s where Omnisearch thinks it can step in, saying its mission is “to do for companies’ internal data what Google did for the open web.”

The people: CEO and co-founder Marin Smiljanic knows a little something about sniffing out hard to find items. He was an Amazon engineer for nearly three years working primarily on AWS Simple Storage Service, the largest object storage system in the world. His team relied on internal training videos to understand the massive system, but searching the instructional videos for relevant content was tough: there was no way of finding anything inside of them beyond title and description. That experience drove Smiljanic to launch Vancouver, B.C.-based Omnisearch last year. His co-founder is Chief Technology Officer Matej Ferencevic. Years before taking the entrepreneurial leap, the two were programmer friends in Croatia. Ferencevic, who still lives in Croatia, is also a competitive programmer.

In their words: “COVID-19 gave it a completely new sense of urgency. Audio and video content has grown explosively, with everything from education to meetings to employee onboarding going online,” said Smiljanic by email. “It’s not a coincidence that the vertical we’re most successful in is edtech, which has experienced massive growth since the beginning of the pandemic.” 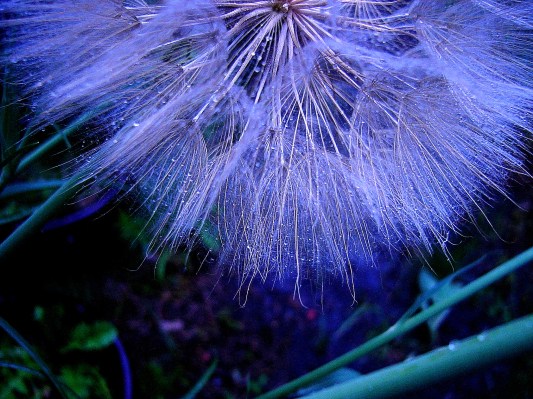 UK economy shrank by 0.1% in March as cost of living crisis bites – as it happened | Business

May 26, 2022 Candy Corpuz
We use cookies on our website to give you the most relevant experience by remembering your preferences and repeat visits. By clicking “Accept All”, you consent to the use of ALL the cookies. However, you may visit "Cookie Settings" to provide a controlled consent.
Cookie SettingsAccept All
Manage consent