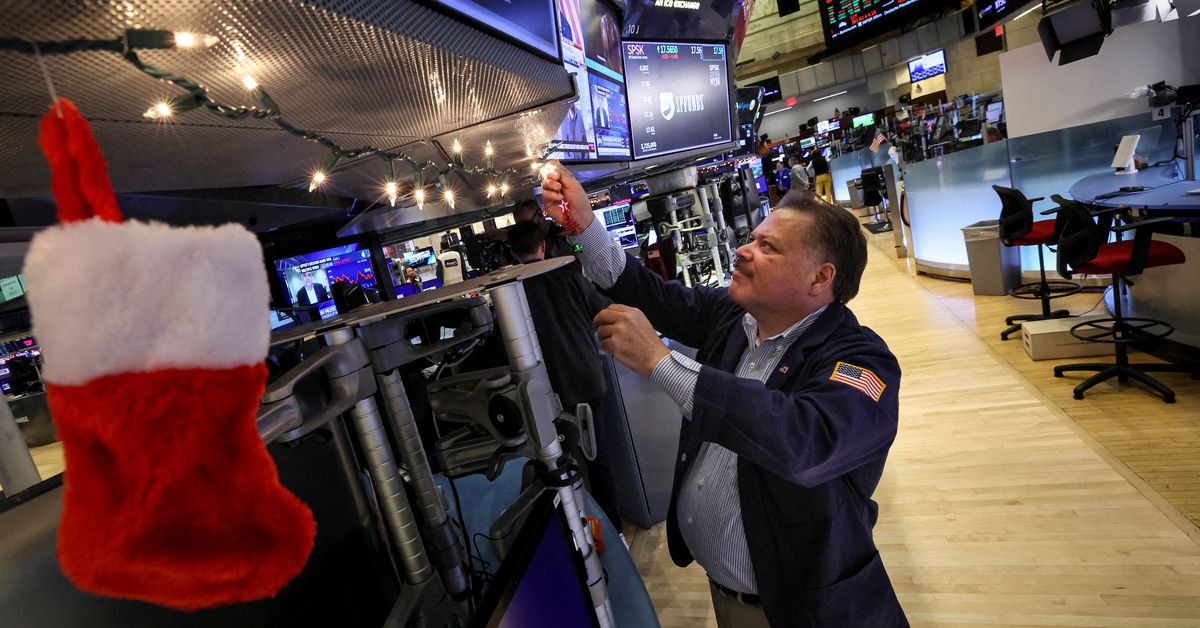 Investors who sell underperforming U.S. stocks to lock in tax benefits before year-end may be adding to recent pressure on equities while sowing the seeds of a January rebound in some corners of the market.

With the S&P 500 down about 16% year-to-date and many individual stocks nursing even sharper losses, tax-loss harvesting – or investors selling assets with a loss in order to cancel out the income taxes they owe on realized gains elsewhere in their portfolios – may be a stronger than usual headwind to markets this year.

Yet some investors are betting a number of those beaten-down stocks and possibly the broader market could snap back in January, once the selling period is over.

“This is the first time that investors are looking at double-digit declines in about 13 years, and we’ve never seen this level of tax-loss selling before,” said Peter Essele, who oversees roughly $11 billion as in assets as head of portfolio management for Commonwealth Financial Network. “That could result in a pretty strong first couple of months as people start reentering long-term assets.”

S&P 500 stocks that are down 10% or more for the year – making them likely targets for tax-loss selling – have historically outperformed the broader index by 8.2 percentage points between November and the end of January during years in which the index was in the red, analysts at BofA Global Research noted in a research report.

The firm identified 159 out of 338 stocks with a 10% or greater loss for the year in the S&P 500 that could bounce following tax selling, including Meta Platforms Inc (META.O), Domino’s Pizza Inc (DPZ.N), Home Depot Inc (HD.N), and Amazon.com Inc (AMZN.O). Shares of each company are down 1% or more for December, with Amazon leading the way with a roughly 8% decline.

DoubleLine founder Jeffrey Gundlach told CNBC on Wednesday that risk assets will likely rally in January once retail investors finish tax-loss selling. Strategists at Evercore wrote on Nov. 30 that they were “buyers of stocks whose 2022 Tax Loss selling pressure will soon abate.”

Investors appear to have already started selling underperforming shares. Private clients at BofA, for instance, sold nearly $1.4 billion of stocks in likely tax-motivated selling in November, up from roughly $800 million last year, and appear poised to continue that outsized rate of selling this month, the firm said.

Vanda Research, which tracks the behavior of retail traders, wrote in a late-November research note that individual investors typically pull an average of approximately $1 billion on net from the shares of single U.S. stocks during the last weeks of December and put their funds into ETFs that give exposure to broader markets, helping fuel so-called “Santa Claus rallies” at the end of the year.

Of course, macroeconomic concerns such as monetary policy and worries over a potential recession resulting from the Federal Reserve’s rapid interest rate hikes are likely to remain the main drivers of stock moves in 2023, potentially dwarfing the impact of seasonal flows, said Emily Roland, co-chief investment strategist at John Hancock Investment Management.

“We wouldn’t want to overplay that trend as we move into more challenging waters next year,” she said.